Within the past year Soft Bums released their new diaper "Omni." What makes the Omni awesome?
(Taken from Softbums)
-Stuff it! Snap it! Cover it!
-The first Muti-Purpose Pocket Ever! It's a Pocket Diaper AND an All-In-2 AND a Cover!
-Huge pocket opening is easy to stuff
-Larger size means it fits even BIGGER toddlers up to 40 lbs, yet still fits a tiny Newborn with Slide²Size
-Compatible with the same Pods as the Echo, as well as almost any other diaper insert!
-Choice of DryTouch or Organic
-Use as an all-in-2 for the most economical diapering system available!
-Use as a pocket for a super absorbent and bulletproof diaper so easy your daycare can use it!
-Use as a cover over flats, prefolds or nearly anything else you already have for a worry-free night!

I had previously reviewed the SoftBums Echo here. So it was nice being able to review the Omni diaper and compare the two together. SoftBums sent me this white diaper to try out. It looks pretty much like the Echo diaper on the outside. 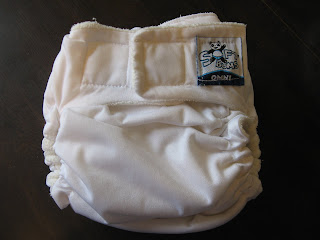 The Omni diaper has the same adjustment feature as the Echo (Slide2Size) using a toggle and elastic strip. I personally like this on the Omni because it has a pocket which makes it easier to get to. I wish the opening for this were a little larger. 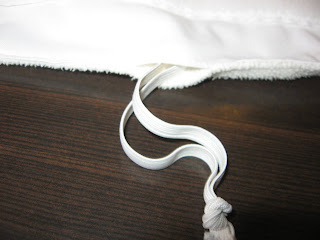 The Eco snap in pad is longer and curves out at the back making it wider for the babys bottom. The Omni snap in pad is shorter and does not get wider at the end. This is helpful for stuffing into the pocket and/or snapping onto the cover! 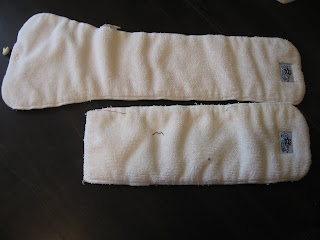 A look into the pocket opening. You can see its a pretty big pocket, and you can kind of see the elastic string and the hole opening on the opposite end of the diaper. 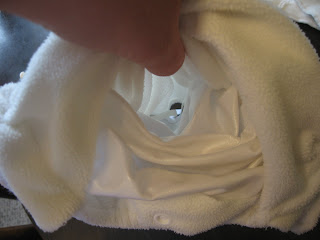 Here is the toggles on the inside of the diaper. I turned it inside out to get this shot. They are easy to adjust. 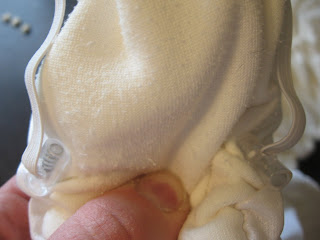 You can snap the liner onto the back of the diaper and just lay the liner on top of the shell or you can... 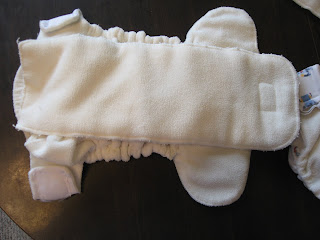 ...tuck the insert into the pocket opening and use it as a pocket diaper rather than an AIO. You can also use this as a cover with a prefold laid inside of it. 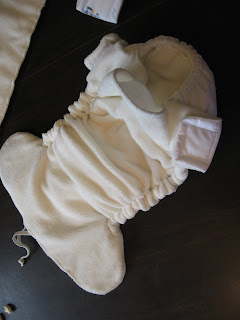 My son is 23 pounds and fit well into this diaper. I thought the rise on it was at the right spot. The legs I did have to adjust after I put it on him to make it tighter so I reached into the hole opening on the front of it and pulled the elastic while pinching the toggle and it went pretty good. 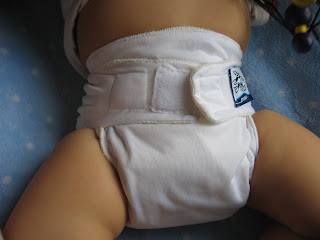 Its a fairly trim diaper and so soft! 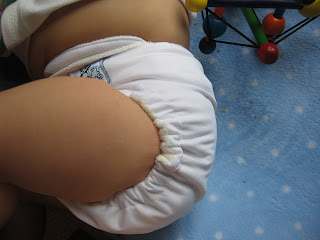 One thing I noticed was that the Omni is a little wider on my son that the Echo was. I had more leaking issues with the Echo than this Omni and I think its because of the width of the diaper. 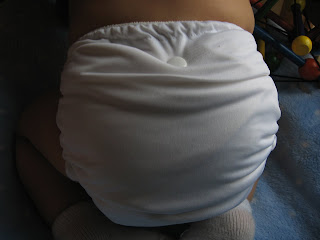 Overall I am please with this diaper. I prefer the Omni over the Echo for sure because of the width and the versatility of the diaper. I found this to be pretty absorbent and he can make it through nap time in this. We didn't even try this at night time because he is a massive soaker and microfiber doesn't cut it at all.

You can purchase the Softbums diapers here or at any of their retailers.

I'd like to add this to my Friday giveaway roundup, what is the end date? Thanks!

may 17th! Thanks! We typically do one full week before closing it. (Tuesday-Tuesday). The dates are also listed next to the giveaway on the side bar. Thanks!

I've been really wanting to try one of these!!! *crosses fingers*

thanks for the review and giveaway :)