As much as I would LOVE to say that we are SNOWED IN I sadly can not. We are more or less basically rained in. I am so tired of the rain and ready for the snow...hopefully soon? Anyways to get us ready for the snow I decided to search Pinterest to find some fun winter craft ideas to do with my boys. Here are two easy and fun ones that we did.

The first one we did was a name snowman. It really helps to have everything cut out ahead of time, especially if you have little ones who are going to be doing the crafts. If you have older kids who you trust with scissors then you can let them cut out their own shapes. What you need is circles. One for each letter of their name as well as one more for the head of the snowman. Then you will need the basics...eyes, nose, mouth, arms, hat etc... and last a piece of long skinny paper to be used as the back ground. 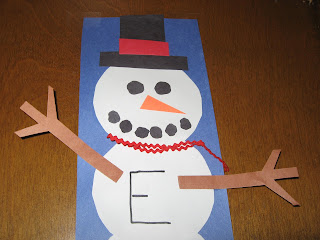 I put glue on the paper where the pieces were supposed to go and let my boys put the pieces on. They are similar yet have their own angles. Once they get older and understand what they are doing a little better then they can do their own gluing. 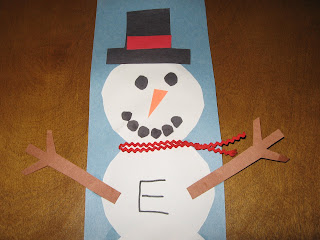 Here are our finished snowmen. I think they are adorable and its a great thing to use for letter and name recognition. My 3 year old will say something like "Hey Zekey has my 'E' in his name" which is pretty cute! 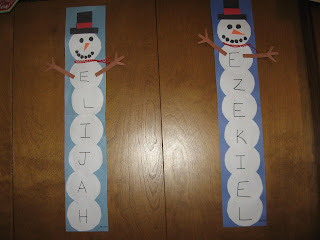 The next craft is really easy to do as well. All it takes are a couple of empty jars. We used plastic peanut butter jars...I have boys...these get thrown around A LOT! But they love playing with them. Then you will need a lot of cotton balls and some pieces of snowman body parts cut out (eyes, nose, arms and mouth). 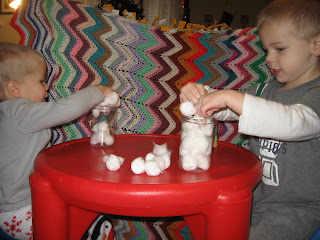 After they are finished stuffing their jars you can give them the body parts. This was hard for my boys to do and I ended up doing most of this part but they still had fun with them. You slid the arms in on the sides between the jar and the cotton balls then you do the rest of the items. We had the jars pretty full so it was hard to get them in there. 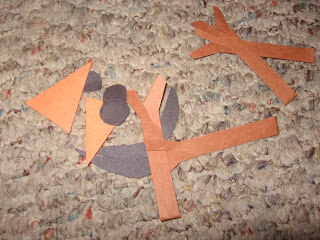 but they turned out pretty cute! You can use a bow or an old sock as a hat. We didn't bother with that because I knew it would have just gotten ripped off but my boys still love to play with these jarred snowmen! 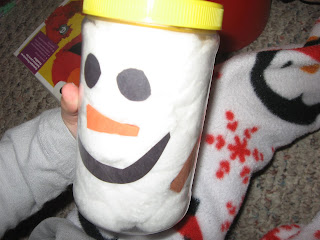 I had the chance to work with Priscilla from All About Baby Boutique & Education Center and review the Rump-a-Rooz G2 One-Size diaper. Please feel free to jump over and read my review on the diaper and my experience with it!
Posted by Unknown at 6:49 PM 51 comments:

I am super excited to share a great sale with you all. If you haven't heard of My Thirty-One then you really need to check out these great deals. I have so many of their bags in different styles and prints and LOVE them!

They are currently running their OUTLET SALE which includes discontinued prints that are so cute.


I love my Short Utility Bin for either toys, blankets or laundry ($16.00)

They have so much cute stuff I can't even list them all! So just go to their outlet sale and check it out for yourself. You won't be disappointed in their products!
Posted by Kristina at 12:18 PM 6 comments: