Today was Day 6 of the Dirty Diaper Laundry Flats Challenge. I can't believe how fast this challenge has gone by! I told Ben today that I feel like I'm used to the hand washing routine now and if I needed to, I could totally hand wash on a permanent basis. Yes, it is hard work and it takes a half an hour of my day, but once you're used to the routine it is kind of a calming task. Today is an open topic day for the bloggers of the Flats Challenge, so I thought I would present a photo tutorial of a flat fold that I have created this week! 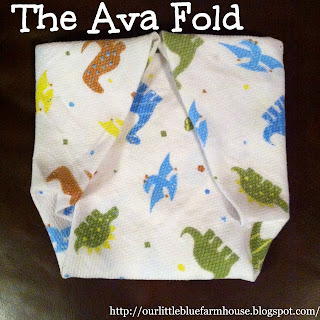 I really like most of the folds I have tried so far with Ava, but I have found that spraying poop off of most flat folds is a little annoying. A lot of the folds end up with fabric edges in the inside middle of the diaper, so when you have to spray off poop it is tricky to figure out where to hold the diaper to get the best spray angle. So when I started trying to design a fold I had two requirements: first, I wanted the section where poop will hit to be one smooth piece of fabric, and second I wanted to have some way of keeping poop inside the diaper so that I don't have to wash the cover every time Ava has a poopy diaper. After a lot of trial and error tonight, I came up with this fold that I think is a total winner! I hope others like it as much as I do. Let me know in the comments if anything is confusing and I will tweak the tutorial as needed.


First, start by making sure your flat is a square. Mine here is an Imagine Printed Flat and is slightly longer than it is wide, so I needed to fold down one end to get a square shape. 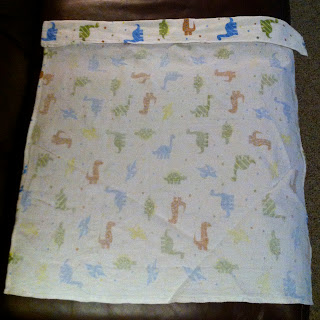 Next we are going to fold one corner in to the middle of the square. Before I started the Ava Fold, I folded this flat into fourths and pressed down to leave some crease marks as guidelines to help me find the middle. 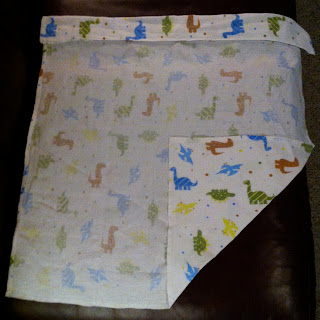 In this next picture you can see some crease marks on each side of the corner that we just folded up. The sides are going to fold towards the center on these lines. 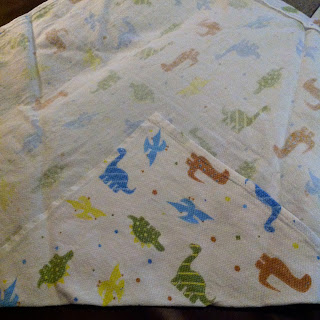 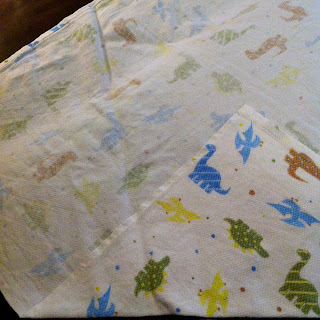 Fold the side over as shown in this next picture. The new fold line will angle out toward the top slightly. 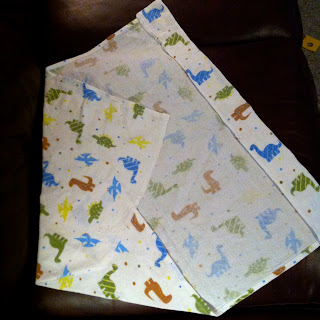 Now fold the other side in towards the middle in the same way. You can see we've created a small triangle shape at the bottom, and the sides angle out toward the top. If you need to adjust the width of the diaper, just fold the sides in slightly more or slightly less. 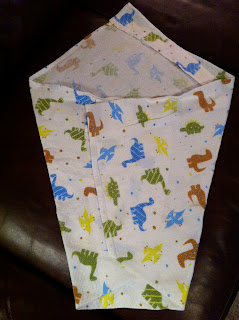 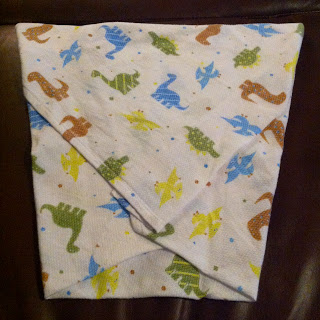 When you first fold down the top point there will be an extra corner sticking out from the side of the diaper. 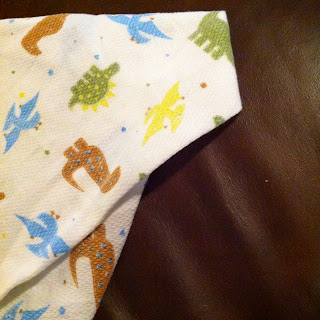 I just tucked this under to make the whole side a smooth line. 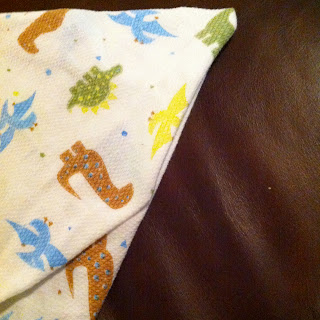 Now fold the sides in again and fan out the sides in the back. I had the sides meet in the middle to create another triangle shape, but you could overlap them if you prefer. 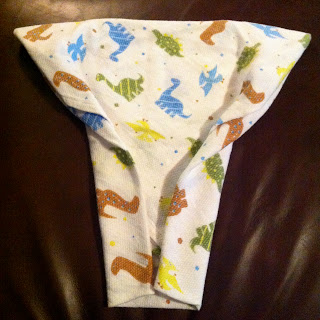 Then you place your baby on the flat and fold up the front of the diaper. You can see in this picture that the folded in sides have created a gusset to contain poop. When I put it on Ava I also folded the back down just a tiny bit to help with poop containment in the back also. 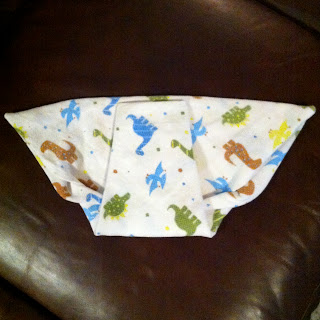 Then just wrap the wings around baby and fasten with a Snappi, Boingo, or pins and voila! You've folded the Ava Fold! 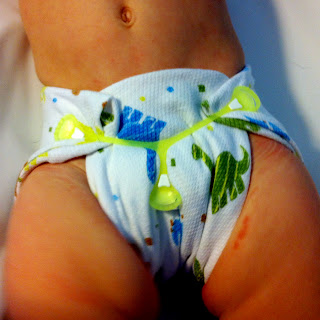 Here is a side shot to show how nice and trim this fold ended up being. 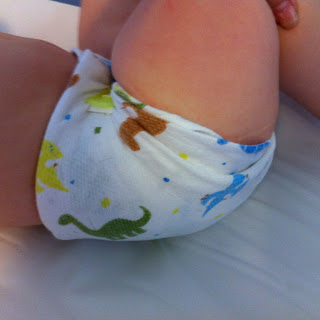 And a blurry back fold. It's hard to get a clear shot when your toddler won't stop dancing! 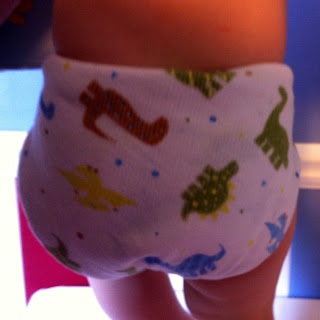 Here is the Ava Fold underneath a Blueberry Coverall. 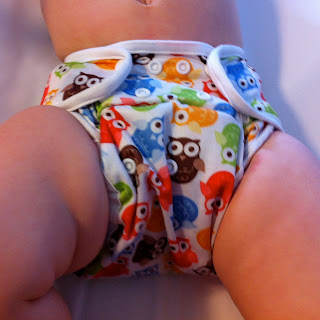 And the side view with the Coverall on. 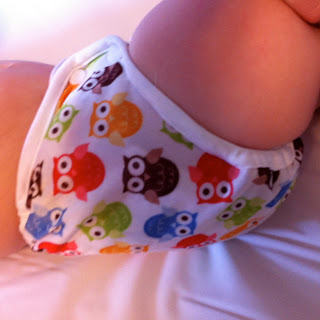 And that's the Ava Fold!

A couple suggestions and tweaks for heavy wetters: I found a couple places in this fold where you can fold excess fabric more toward the middle to assist with a heavy wetting baby. 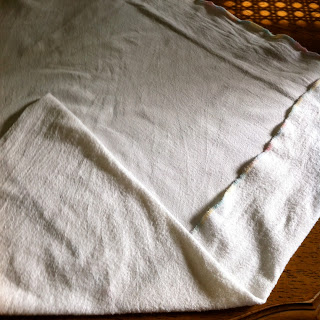 If you have a flat that is longer on one side and you need to fold some extra length over to make the square, set the folded over side as one of the sides of the first corner you fold upward. This adds two extra layers of fabric right into the wet zone area. 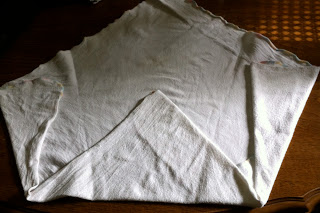 The other thing you can do is to fold a bit of the side corners inwards before folding each side in. You can see in this picture above the crease marks where the sides will be folded in. I simply folded a little of the corner over on each side. This adds an extra layer to the wet zone when the sides are folded in.

I saw this post on pinterest and so glad that I did! I have a few flats that I haven't attempted yet as I use prefolds and to be quite honest flats scare me! Anyhoot, you have convinced me to give them a shot with the Ava fold. I love how trim it looks and that you can add layers for heavy wetters! And love the blueberry cover (big blueberry fan here!).