When Totsbots announced their new prints I was pretty excited. When they announced they were also releasing the new version of their Easyfit Diapers with SNAPS (aka poppers) I was really hesitant. Why take something that is great already and add/change it? You can still get the new version of the easyfit in aplix but you can also get them in snaps now. I have used a few of the new easyfits with the aplix and honestly was pretty disappointed in them. I believe I heard/read somewhere they they did change the aplix they were using and I have found with my own experience that it has a tendency to fray, get really pilly and I think it isn't as strong. It still holds fine but I am rather disappointing in the new aplix they are using. So what was I going to do? I so wanted the new easyfits is all the prints and colors but I didn't want to get them in aplix. I braved it and purchased one with snaps and I was quite impressed. I think over all it gives the diaper a lot cleaner of a look and over time will really keep the diaper looking nice, vs the aplix that gets all frayed and pilly. So here is a look at the Totsbots Easyfit Cloth diaper in SNAPS! 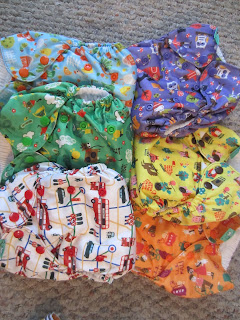 Here are 6 of the 7 prints that were recently released. I do not have Jubilee as its to girly for us. The snaps all coordinate nicely with the prints. 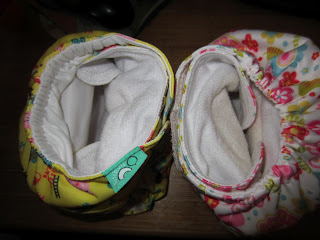 On the left is a snap diaper snapped as tight as it goes. On the right is a aplix diaper as tight as it will go. As you can see the sizing is pretty similar to each other. 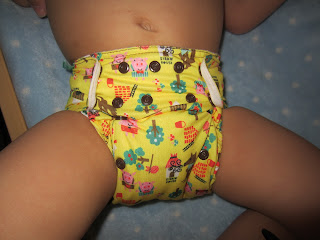 I used the snap diaper on my 2 year old who is around 33 pounds. There are three open snaps across the waist and he wears it on the middle rise setting. 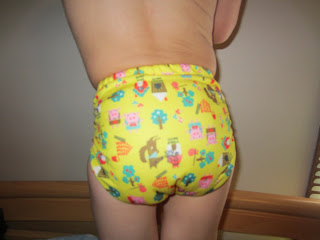 It has a nice fit across the backside. 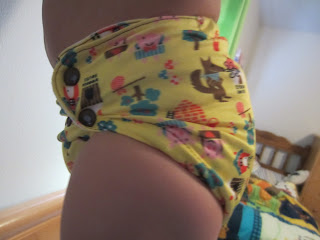 The snaps are very trim as well. I would say its almost trimmer than the aplix diapers. 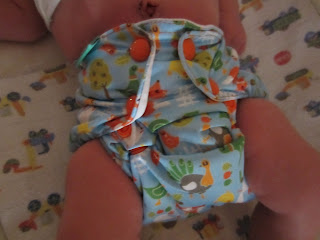 Then I decided to try the new easyfit on my newborn. Micah was about 3 weeks and almost 10 pounds when he wore this for the first time. It snapped all the way closed and fit perfectly. I also had it on the smallest rise setting. 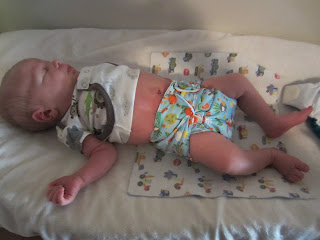 He looks so comfy in it and it fit below the belly button. If he still had his cord it probably would have rubbed against it but he has lost it before we used these diapers on him. 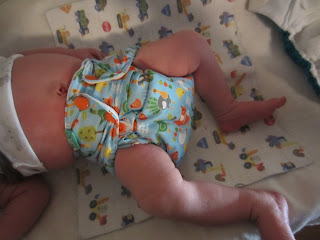 After really not thinking I would enjoy the snaps on the easyfits they have turned out to be my preference. I actually really like them because my 2 year old thinks he needs to rip his diaper off all the time and these snaps are pretty strong so he has a hard with it. So overall I give the snaps a A+ for awesomeness and the aplix a B- for being a real bummer!
Posted by Kristina at 8:00 AM

I have the snaps in Jubilee... and I love it. I hate aplix... so I was super excited when I heard they were available in snaps!

Do the snaps go as wide? I have a broad little boy and that's the only reason I haven't made the leap and bought the snap version. They look skinnier in the pictures I've seen online.

Thanks for every other fantastic article. The
place else may anyone get that kind of information
in such a perfect manner of writing? I've a presentation next week, and I am
on the search for such info.