The outside of the diaper is very simple. It gets narrow toward the front which reduces the extra bulk on a newborn (great feature)! 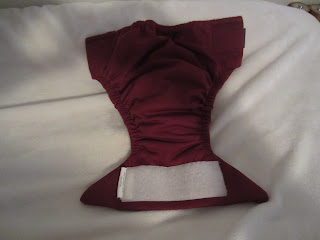 The inside has a soft fleece to go against baby and leaves a stay dry feeling. 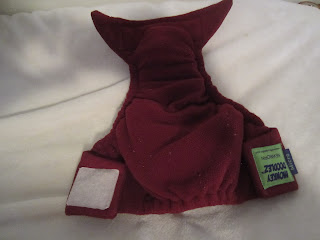 Here is the MonkeyDoodlez Micro (newborn) on Micah around 9 pounds and he still has his cord stump. 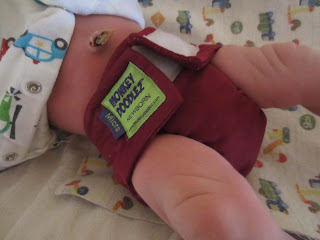 There was a small opening around his leg. 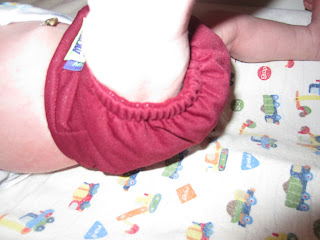 How did we like this diaper?
This diaper was kind of hard to stuff because the front was really narrow, however the soaker that it came with (I forgot to get a picture of it) was almost triangle shaped so it fit nicely into the diaper. This diaper I thought ran a little small. I don't think it will last until 12 pounds like their suggested weight. At 9.12 Micah is already starting to out grow it. He also has skinny legs with out the baby chub and so it gaped around the legs causing leaks. I also thought the fleece, even though super soft, had a tendency to kind of either repel or just took a while for the pee to soak though.
Posted by Kristina at 8:00 AM